The traditional galette des rois recipe is a simple cake that can be made in many ways. Some include caramel, pralines and other flavors to create an elegant dessert with lasting memories.

This is a traditional French dessert, which is traditionally made with almond paste. However, you can make it with any nut of your choice. 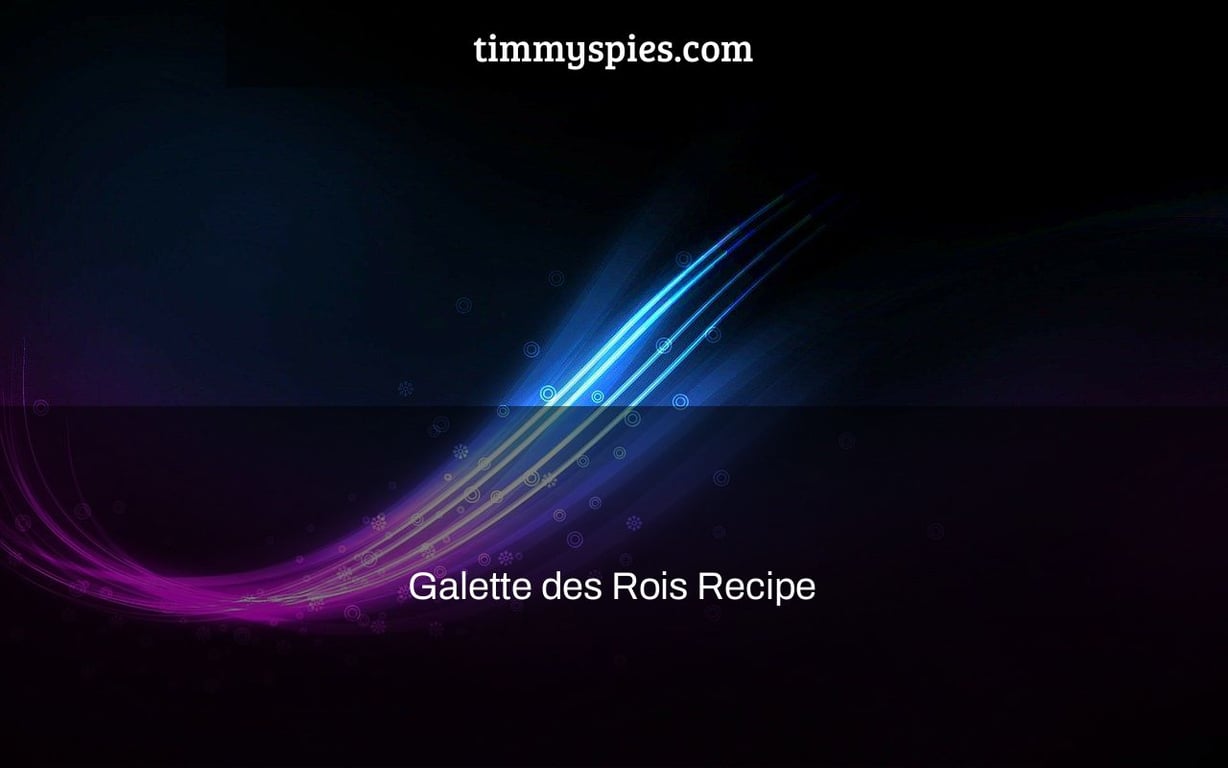 Galette des Rois, or Kings’ Cake, is a lovely French dessert dish produced for Epiphany, the day on January 6th when the Three Kings came to see the infant Jesus.

It’s a delectable treat that can be found in French bakeries all month long. A frangipane filling — a creamy, rich almond filling – is poured over apricot jam and sandwiched between two discs of flaky, buttery golden brown puff pastry in the Galette des Rois.

It includes a fève, which is a little trinket baked into the bake. It might be a miniature plastic figurine, an almond, or a fava bean. The king for the day is whomever discovers the fève in their piece of cake.

Galette des rois is a terrific make-ahead meal since it’s delicious and simple to create.

How to Make Rois Galette

It’s really simple to make this lovely French Epiphany dessert. Preheat the oven to 400 degrees Fahrenheit and line a baking pan with parchment paper. Form the puff pastry into two discs, then place one on the baking sheet. Spoon the apricot jam over the puff pastry and spread it out evenly, allowing a little room around the borders.

To prepare the frangipane, cream together the butter and sugar until light and fluffy. After whisking in the egg, add the ground almonds and rum (or other alcohol). Over the apricot jam, layer the frangipane.

Place the feve in the frangipane, then dab the beaten egg along the sides of the puff pastry. Cover the almond layer with the second pastry disc and seal it. Before baking, chill the galette des Rois for 20 to 30 minutes.

When it’s time to bake, use a sharp knife to score the top of the crust in a creative design of your choice. Bake the cake for 30 minutes, or until golden brown on top. Remove from the oven and set aside to cool for a few minutes before cutting and serving. 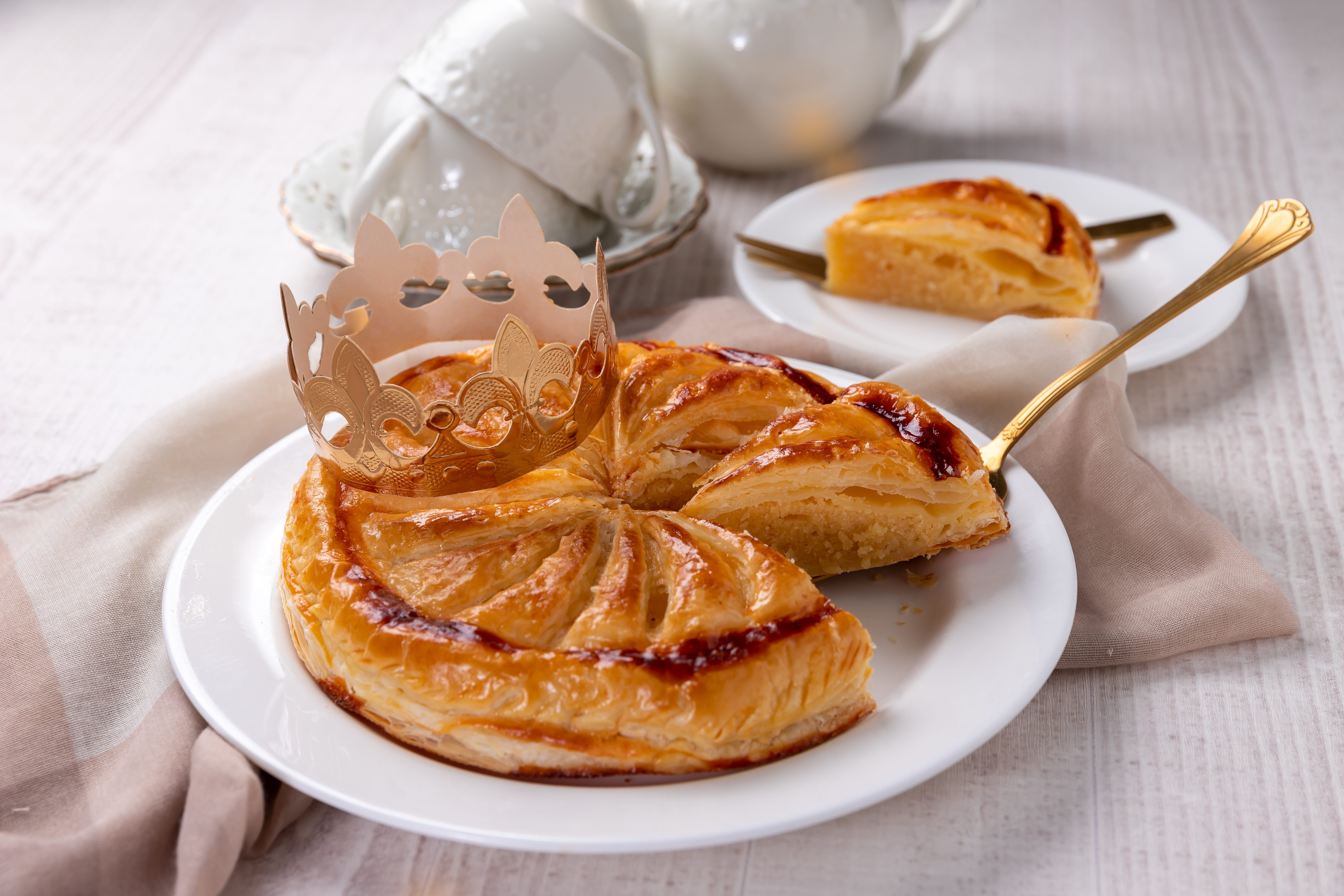 Advice on How to Make the Best Galette des Rois

If you don’t have rum on hand, use cognac or brandy.

If you don’t have any cognac or black rum on hand, almond liqueur or amaretto will do.

Galette des Rois is best eaten the same day, although it may be prepared up to one day ahead of time. Reheat any remaining galette des Rois in the oven at 300°F for 10 minutes.

When forming the pattern, don’t cut all the way through the pastry save for a few tiny openings to let the steam out.

How to Store French Rois Galette

Keep your galette des Rois covered and at room temperature for two to three days.

Is it possible to freeze Galette des Rois?

Absolutely! Wrap your galette des Rois in plastic wrap and freeze for up to one month.

Puff pastry sheets should be rolled out and cut into two 9-inch discs. One of the discs should be placed on the baking pan.

Brush apricot jam into the middle of the puff pastry, leaving room around the borders.

Cream together the butter and sugar until light and creamy. In a separate bowl, whisk together the egg, ground almonds, and rum.

Frangipane should be spread over the apricot jam. In the frangipane, place the bean or almond. Brush the beaten egg along the edges of the puff pastry. Cover with the second pastry disc and crimp the edges to seal. Set aside for 20 to 30 minutes in the refrigerator.

Using a sharp knife, lightly score the top of the puff pastry. Make a few openings in the fabric to allow steam to escape.

Preheat the oven to 350°F and bake for 30 minutes, or until the crust is golden brown. Remove from the oven and set aside to cool for a few minutes before cutting and serving.

The “galette des rois history” is a French pastry that has been around for centuries. The pastry is made with almond paste and eggs, which are then shaped into a ball and baked in an oven.

What is inside a Galette des Rois?

A: Galette des Rois is a French pastry made from puff pastry dough, typically filled with a mincemeat-based frangipane filling. Other versions of this dessert often contain cream, butter or almond paste instead of the frangipane and are traditionally topped with glazed fruit.

What is the traditional flavor filling for La Galette de Rois?

A: La Galette de Rois is a traditional French pastry made with layers of puff pastry dough and soaked in warm milk or heavy cream. The filling typically included ground almonds, sugar, cinnamon, and orange zest.

What is hidden in Galette des Rois?

A: The most popular ingredients for Galette des Rois are almond paste, dried fruits of your choice, and whipped egg whites.

How To Store Jalapenos (And Make Them Taste Amazing)