This is the first in a three-part series on the best spices to use when cooking Indian cuisine. This article will focus on two popular spices, garam masala and allspice.

The “garam masala vs curry powder” is a battle between two of the most popular spices in India. Garam Masala is a blend of warm spices and herbs, while curry powder is made up of ground turmeric, coriander, cumin, fenugreek, and other spices. 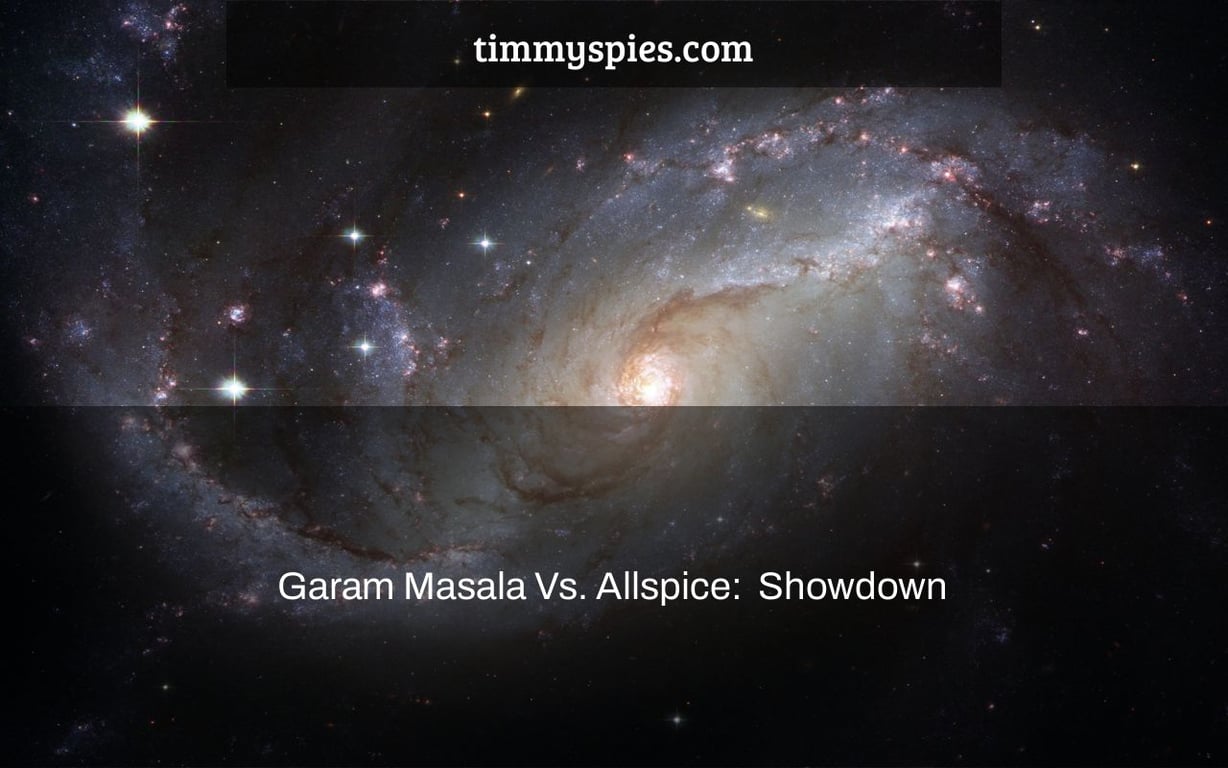 What distinguishes garam masala from allspice?

Allspice and garam masala are two separate spices. Garam masala is a spice combination from India that contains a range of spices. The ingredients differ based on the cook’s inclination and the area of India – spicier garam masalas, for example, are more common in the south of the subcontinent.

Garam masala may refer to both dried and powdered spices, as well as a spice paste in certain cases. Garam masala spices are sometimes used whole rather than ground into powder or paste. Allspice is not a spice mix, despite the fact that it is frequently characterized as a blend of spices rather than a single one. The dried berry of an allspice tree endemic to the West Indies and Central America is known as allspice.

Garam masala and allspice have different flavors. Because the components in garam masala vary, the taste varies from mix to blend; yet, a core set of spices appears in many blends. Cumin, peppercorns, and coriander seeds are the main ingredients in garam masala. Cardamom and star anise are also popular, although some combinations include up to 30 distinct spices.

Can you use the other if your recipe asks for one?

Most garam masala mixes may be used in place of allspice, but the ones containing cloves taste especially delicious. Cloves and allspice are both members of the myrtle family, and they share certain taste and olfactory qualities. Even while garam masala is delicious in most allspice-based foods, it will alter the taste profiles. If garam masala replaces allspice as the predominant spice, the results will be noticeable.

Garam masala, as an allspice alternative, is best used in the background with other delicious ingredients rather than as the main taste. Certain garam masala mixes incorporate cinnamon and mace, which are sweeter than allspice and may shine out in some meals, but not in a negative manner.

You can substitute allspice for garam masala, but it won’t have the same depth of flavor. Despite its reputation for incorporating several notes from various spices, no single spice can match the variety of aromas and smells found in a freshly ground garam masala. Using allspice instead of garam masala won’t make a meal taste bad, but it will vary the flavor substantially.

When is it OK to use garam masala? When should allspice be used?

Garam masala is an Indian spice blend. Begin with seasoning the oil with whole spices, then finish with ground garam masala to liven things up.

Use allspice in dry rubs for grilled meat and in spice mixes for apple and pumpkin pies.

This is a showdown between the two spices, garam masala and allspice. The winner of this battle will be determined by the taste of your food. Reference: garam masala recipe.

Is garam masala same as allspice?

A: Yes it is, garam masala spice has a mixture of clove, cinnamon, cardamom and nutmeg. Allspice does not include these spices which makes the two different

What is equivalent to garam masala?

A: Garam masala is a spice blend from India. It can be used in various cuisines, such as Indian and Pakistani cuisine.

A: Garam masala has a deeper, more complex flavor than plain curry powder. It is typically made by blending several spices together and adding in other ingredients like cardamom pods, cinnamon sticks or even dried ginger root.